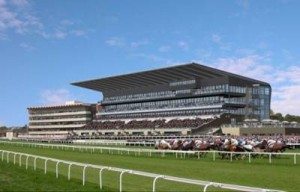 The DFS Park Hill Stakes is one of the feature races coming from Doncaster tomorrow. This is held over a distance of one mile six and a half furlongs and it’s a Group 2 for fillies and mares.

At the moment, there are 13 runners set to compete and there’s nothing to separate the front three in the market as Hidden Gold, Gretchen and Koora are all available at 9/2.

Looking at Hidden Gold to begin with, this horse is the one to beat when it comes to the ratings and she runs for James Doyle and Saeed Bin Suroor.

This horse has been improving all the time this season and was a decent third in a Group 2 at York behind Max Dynamite last time out.

She couldn’t live with the Willie Mullins horse on that day, but has a great chance here up against her same sex and you get the feeling the good ground will be just about ideal for the filly.

As for Gretchen, she won at Newmarket over a mile and a half last month in Listed company and seemed to relish the drop down in class.

John Gosden clearly thinks a lot of this three-year-old and the step up in trip should suit.

She’s still very much unexposed and could still have plenty more to show us this campaign.

Koora runs for Luca Cumani and Jamie Spencer and has a win to her name here at Doncaster.

She will be another trying this trip for the first time, but she’s also unexposed and open to plenty of improvement. The second in Listed company at York last time out was decent and Spencer seems to get a good tune out of the filly.

These three are sure to fight for favoritism right until the off, but William Haggas is in excellent form and his Arabian Comet can’t be ruled out at 9/1.

A ninth in the Ebor last time out was a decent run and the horse doesn’t have any stamina doubts.

For us, Hidden Gold is the best value in this one and should go well.

VIP membership usually costs just £4.95 per month, but if you join one of our partner bookies, we'll reduce that to £0.00 per month.

To get FREE VIP access, start by entering your best email address below.

(prefer to pay for access? No worries, you can do so right here.)

Thanks for that! - I've just sent you an email with instructions on how to claim your FREE access to Keith's VIP club (don't worry - there's only two simple steps!). Look out for this email (it's from [email protected], with the subject line "Please confirm your email address for free VIP tips") - It should arrive within a few minutes. If you don't get an email, please check your spam / junk folders, as emails sometimes end up there. If you still haven't got it after 60 minutes, drop us a line at [email protected], and we'll help you out. Cheers, Mel Finder of lost emails at FRT Towers.

Must be 18+ to join. By signing up for membership you confirm you are over 18 years old

Get your FREE copy of the Horse's Mouth Magazine

All the tips you need for every race!

VIP members need not apply, you'll be sent yours automatically on the 4th of March

"Thanks Keith – It’s great to be part of an amazing group of people all after the same thing, passing on tips to beat the bookies”
Colin Parkinson, Harrow.

“You offer some great tips, some fantastic outsiders tipped up as well. Most tipsters just put up favourites. Well done and keep up the good work”
John Woolley, Stockport